Activating & Blessing You For the New

so you can firmly embody a healthy balance between the
material & spiritual, money & kindness

We’re going to be changing the entire vibration

So, I’ve had this realization recently about some of the latest research – much from archaeology.

In many divergent ways, some of the latest findings in the world of archeology that make me say the field is going through a renaissance is that Atlantis existed and is being proven.

Now this is much to the academic and dogmatic archeologists’ chagrin, while tantalizing the mavericks on the leading edge.

Regardless, these new megalithic sites (i.e., stone circles, stone civilizations uncovered like in Gobleki Tepe) that have been emerging are ripping wide open previous assumptions that we’ve based our understandings on of human’s history on earth.

From this, spurred on further by an interview I gave last night and what the interviewer spoke of for her own issue, came in the realization that a mass amount of “spiritual people” have had this sense of an aversion to money.

As if it’s bad to value money. And that this has remained in the collective unconscious for all, around money, due to why Atlantis fell.

And the emergence, or re-emergence of some of these megalithic stone circles and sites that help to prove Atlantis existed, show that the fall of Atlantis happened at a time when humans were doing quite similar things as what we’re doing now, with materialism and the impact on the earth.

So, one of the massive clearings and activations, that is being called for on this Equinox during this special event is setting all of us up for a new relationship between the spiritual and the material, now. 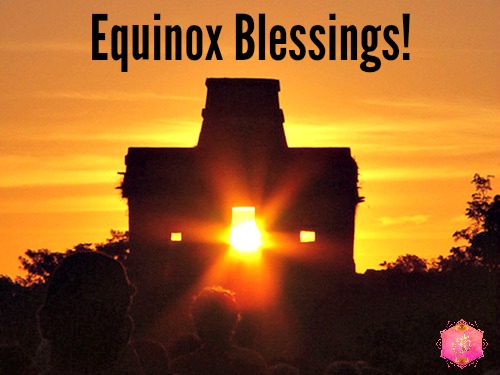 As this Equinox brings in really brand new energy, it seems now is the time unlike any other before now, to be ripe for the wiping out of the collective unconscious and then your own unconsciousness around the fall of Atlantis and how it was not “prosperity in moderation” and hence the fall.

And that this will help us all move forward with more grace and ease now in the ways we relate to the material plane (ie money, the earth, our bodies) and the spiritual plane.

Instead, what shows up as you likely value, love, beauty, kindness. Right? And that minimalism is a good thing.

But then it seems there’s this accompanying unconscious conclusion – and possibly for many of you it’s even conscious – that “it’s taboo for me to value money or be motivated by having more than enough money, or even being motivated by money.”

It’s not at all about opening up greed channels, obviously, lol.

But it’s to allow for new possibilities in the rebalancing that has been and continues to go on between the material and spiritual. Yes?

And what if you didn’t have this aversion to money, at whatever level you have it?

What if the collective didn’t have the unconsciousness around money and materialism it has, at that root, tribal level, deeply unconscious?

What would then all of our relationships look like to money, property, our bodies, our earth and harmony, peace and cooperation?

Do you see it? The merger that wants to happen out of this false dichotomy, where it’s seemed it’s either spirituality or money?

When clearly, we’re a materialistically minded global society at this stage, in our spiritual awakening times.

And with this equinox, it feels and seems like a KEY marker within our most intense evolutionary shift for humanity ever! 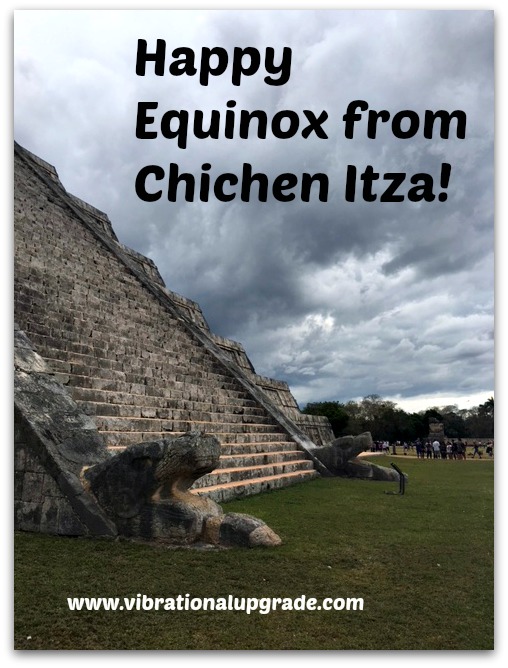 Now with doing this research I’ve done for this equinox in March of 2021, it seems to me in the 2012-2032, 20 year window of humanity’s greatest evolutionary leap, obviously 2020 was a pivotal year.

And it seems like up until this equinox, we have been still in that same energy around the old paradigm crumbling, yet still not clearly able to see the new paradigm in place, while able to sense it, not seeing it yet, materialized.

And this Equinox is bringing in the new energy and a new energy, that feels unparalleled to anything before it, save for the energetics right around 12/21/2012.

So the focus of this Equinox event is to clear out remnants that you show me you need cleared out.

And to activate your system to be more open and receptive and even calling in the new, both for you individually as appropriate for you, as well as for the collective.

Activating & Blessing You For the New

so you can firmly embody a healthy balance between the
material & spiritual, money & kindness

From what I’ve seen, astrologically, it’s considered that in March, the equinox, is a time where it’s been interpreted as great gifts are coming in.

The first 19 days of March, we’ve been in Pisces.

And yet on the 20th, the day of the equinox, the sun enters Aries, which is an astrological new beginning as well, with the new moon that’s happening just a week before this Equinox event.

And this new moon on 3/13 is considered one of the most glamorous new moons of the year where it’s close to Venus and Neptune.

So, roughly, after the 20th of March, we’re going to be changing the entire vibration.

Part of this is that is also that all the big planets are all direct until April 20. So flowing energy is happening to support you taking action.

Also, Mars changing from Taurus to Gemini is also going to be much lighter and easier and more fun.

Whereas before what we were dealing with were more fixed ideas and stubbornness and forcing due to the previous planetary alignments, now we’re going to be moving forward in a much more cooperative energy.

So that’s just a taste of some of what’s coming in with the equinox and we’re going to be clearing and activating your systems to make the best use of these new energies and be the most open to lead to your greatest flourishing. As much as we can get your system to allow.

Please note, these monthly zoom events will be the last zoom event offered out to you all and will only now be offered to those who are already in Activate Your Magic.

For now, and for a while and possibly permanently.

I hope you’ve enjoyed the access to these individual zoom events at such a low cost during this past year and a half or so.

And it’s time that that shifts.

So I welcome all of you to come in and play this is going to be one heck of a potent Equinox special event. The clearings and activations. If the shifts that are going on in my field are any indication of what’s coming. Holy cow. This is one you want to come in on and be a part of.

“After just a few days of listening to all the free gift records, feeling the clearings and removal of blocks after our call and work I believe Alison is doing behind the scenes, I manifested a completely unexpected gov contract award to receive 1 Million in the next 90 days.

WHAT? Yes, you heard right! How is that even possible?!! Alison J Kay!! <3 I've been journaling and meditating for "quick, easy cash and success for my company" for a long time. Looks like whatever block/contract/past life agreement that was holding me back just got the boot! Yay! "