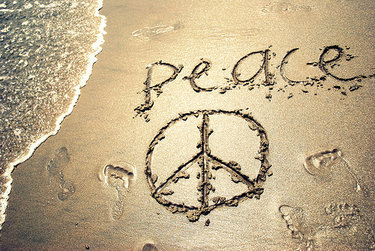 AND this is what I posted about on my Facebook personal page & business page yesterday – after the activity this week around the difference in treatment of African Americans vs Anglo Saxon Americans by the police, I was working with a male client yesterday who lives in Paris. A main focus of our work is to free him up within the way he relates to people & women in particular, when dating. This context is important to you receiving these clearings, without judgement, and with knowing that you’re helping to ground these frequencies more.

He was born and raised in Cameroon, Africa, a French colony. His mother was a nun for a while, and used to come home raving about how special the white nuns she met through the missionary were, over & over again. This impressed upon my African male client an imprint of white women having more status than black.

He has dated white women, married (then divorced) one, and wanted to make certain this behavior is free of conditioning from his mothers’ beliefs so he is able to be free to choose for himself what he really wants, aware that he genuinely enjoys dating white women.

While we were doing them, at one point there was such a HIGH vibration I became aware it was angelic presence that I’ve felt varying degrees of every time I do clearings yes, but when it’s this HIGH I’ve learned to pay even more attention. It occurred to me what we did was on behalf of the collective, and bringing race relations, as well as gender relations, into alignment with these new times.

If you want to receive these audio clearings and help ground in the higher vibrations on behalf of us all moving more forward into this era of unity and leave behind the one of judgement, separation, power/dominance/control aspects of the the old, crumbling paradigm, listen here: https://www.dropbox.com/s/l74zhf9xk4xlyjr/race%20consciousness%20clearings%20%28for%20male%20client%20w_dating%29.mp3?dl=0 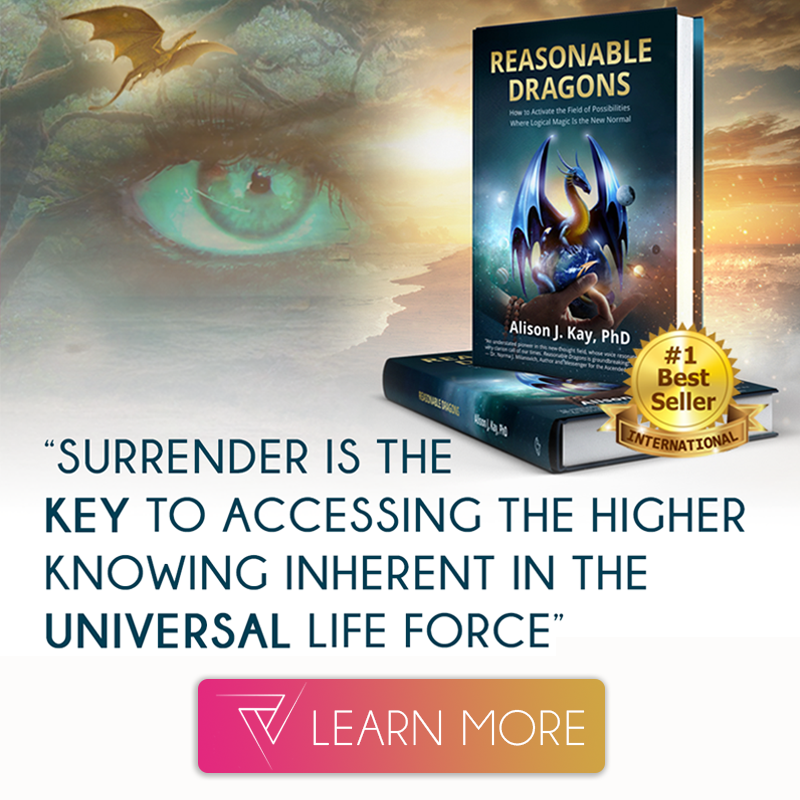 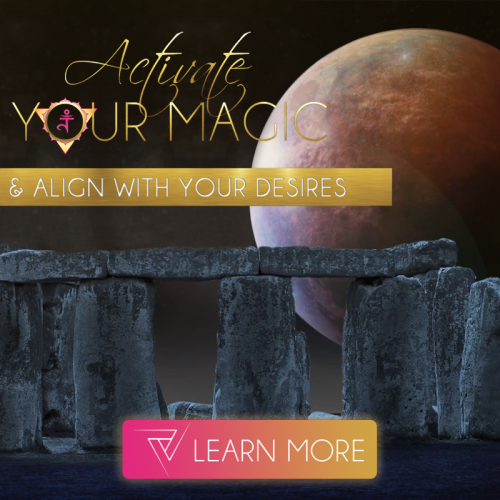 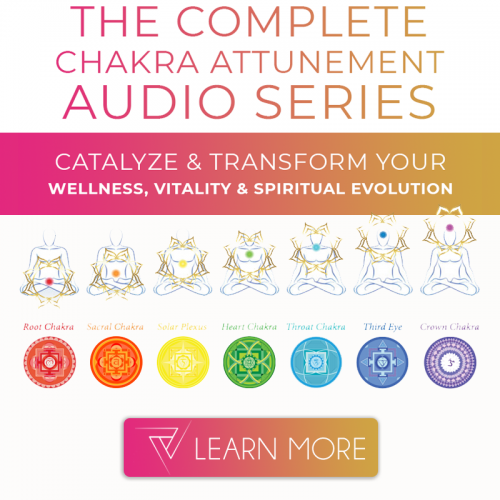 Angela Nunziata, St. Pete, FL
“Even though I’ve been a meditator and student of Eastern Philosophy for many years, Alison was able to impart to me information and knowledge that has enhanced my meditation experiences and practice.  She is a gifted teacher and shinning example of how meditation can enrich a person’s life.”

Lori P. / Dunedin, FL
“I’ve been working with Alison for over a year and a half attending group sessions & one-on-ones monthly. My life has shifted to more positive everything; work, love, money, relationships, physical health. I got a more desirable position at work. And I started loving my career again.My dating life has improved dramatically. I’ve been the ‘one date wonder’ for way too many years (I’m embarrassed to say how long). Over time that went to two dates, then four dates, one month, then two months, you get my drift. I’m now currently in a relationship.With money, I’ve never had enough. Every extra cent went to some sort of house or car or pet emergency. That’s changed to having enough without emergencies. Recently I was gifted a very large gift, and opportunities to make more money (which I jumped on!).When I first started seeing Alison, I wasn’t able to lose weight. I’ve been dieting for years, and I’d gain, but never lose. I’ve since lost 35 lbs (and counting).Also I was diagnosed with a nerve disorder in my brain about 11 years ago, and a few months ago I made the move to come off the debilitating medicine with success so far! Even my massage therapist sees a drastic difference, which she credits the energy work I do with Alison. It’s been an experience like no other.” - Lori P. Dunedin, FL

Gonzalo L. - Tampa, FL
“I had taken several classes on meditation before but Alison’s class was the first one I’ve taken that taught specific methods and examples on detachment from the mind.  It was different in that regard and it allowed me to go deeper down the path of mind training & spiritual discipline." - Gonzalo L. - Tampa, FL

Gwynn Kelley, Clearwater, FL
"My husband of 61 years and I are in the process of creating a joyful new life for ourselves. This could never have happened without the magical clearing sessions we'd had with Alison for the past 9 months. A sense of self-worth, joy, love, and creativity is emerging.Our marriage has been hinged together by deep emotional disturbances I have experienced since marrying him and  blamed him in the process. He then would absorb my anger filling me with remorse. This hopeless cycle has continued through the birth of our four children, and on in to our 8th decade.I have seen many therapists and each one has brought me closer to where I am today.- experiencing a deep sense of self realization. Through Alison’s deep, joyful and total commitment to her belief that something new and very exciting and wonderful is happening to/in our universe she has created the space in her life, in her relationships, in her healing room for this energy to be manifested.  Darkness, fear looms all around us yet she is able to bring forth the hidden true me by helping me to access my unconscious self and let go of the false numbing past messages. A sense of self worth, joy, love and creativity is emerging and the wonderful spin off from this is that my husband is also experiencing relief.I have noticed a new awareness emerging in his demeanor. I saw this in his face  the first time Alison gave him a 20 minute special at a health fair where we met her. He seems more attentive to me, more willing to do his share of some of the menial household duties. Definitely he is not absorbing my rage, which erupts and is gone. He too is feeling more able to be himself. Neither of us realized the dark baggage he was holding on to these many, many years. As I said it  really is quite magical and only  can be understood by experiencing it. I love and admire Alison and as I read the testimonies written by her students years ago, I am ever more reminded of her so very special gifts of awakening  the very special, unique SELF in each of us – so desperately needed in our awakening universe.”- Gwynn Kelley, Clearwater, FL

Denise Dominguez
“After my first session with Dr. Kay I was hooked! Listening to her ThetaHealing for Success after signing up for her email newsletter was a new experience for me and after the 45 minute call my neck and shoulder pain had disappeared! I immediately signed up for more of this (Group ThetaHealing Tuesday pm Call w/mp3 recording)  because it works!These next 4 weeks there were 4 different calls and I listened to them while going to sleep, for someone like me that not only has a hard time falling asleep but also wakes up in the middle of the night…..these calls work! I can sleep and stay asleep all night long and also have the healing calls help me while I am sleeping. Anyway THANK YOU!!!I fall sleep to these every night and I sleep like a ROCK!!I don’t need to take my ‘stress & anxiety night time’ pill anymore.PS. I will be back!Thank you Dr. Kay :)Much Love"Denise Dominguez

Bonnie Dye, Clearwater, FL
"Alison I just wanted to thank you for the most amazing energy session. Your skills are beyond any I have ever known. I've met a lot who claim to have great abilities but the treatments end up being just 'okay'. Yours was way beyond what I expected and that was a wonderful surprise!".... Just wanted to let you know that since our session two days ago, two people have contacted me to do work for them! I had been creating an ad, but I haven’t even been able to put it up yet because so much else has been happening!  It’s hilarious. I soooooooooo know how the universe works, and it’s so easy to forget! Thanks so much for the clearing work!”- Bonnie Dye, Clearwater, FL