MONEY IS ON YOUR SIDE

GET YOUR MONEY UPGRADE

Because it’s not a money issue, it’s your issue.

As you likely are aware of by now, it’s beliefs you hold buried in your subconscious or unconsciously.

And because you’re unconscious of them, hence they’re acting to block you from having much more robust money flows.

That’s GREAT news! It means you have the power to change how money behaves with you.

So step into increased empowerment with being able to not only influence, but have money show up the way you actually say you want.

BUY NOW
And if you’ve kept reading, then look at how difficult was it to receive the title of this special video, Money Is On Your Side.

If you had smooth & easy, welcoming YES! energy around that, then this is also for you because you’ll receive boosts from where you’re at, to make it easier & more prosperous for you. And I’m really excited about Serving you that! 🙂

And then if you dismissed Money Is On Your Side, or were confused by that title, this is also for you.

If you were wanting to ignore the title, or it felt like it was taunting you, definitely Know that this is for you, so just go ahead and collapse that resistance that may be showing up in hesitancy so you can gain more benefit by having more of these higher vibrations around prosperity connecting with you starting now!

PLUGGING YOU INTO THE FINANCIAL BLESSINGS MACHINE

Dr. Alison has been described as a “financial blessings machine & spreads prosperity wherever she goes.”

Your “but…” is coming up because you can rationally point to so many outside factors that conform to the story-line your ego-mind has habituated to about how you are with money.

Behaviors with money involves much, but not rationality.

In my years of gaining experience running clearings & activations for tens of thousands of peeps, it’s anything but rational, the beliefs that cause people to unconsciously push money away.

But what about how money wants to be with you?

Have you ever considered money’s feelings?

Are you pushing it away? Rejecting it? Ignoring it?

Any of those behaviors stem from imprints you received from parents, your lineage, societal conditioning, traumas whether in this life or past life events & karma inc. old vows of poverty and more…

…that lead you to the beliefs you hold about money. (…and no worries if you can’t swallow that “past life/karma stuff” just dismiss that for now.)

You don’t have to understand it for this to work; that’s my job! 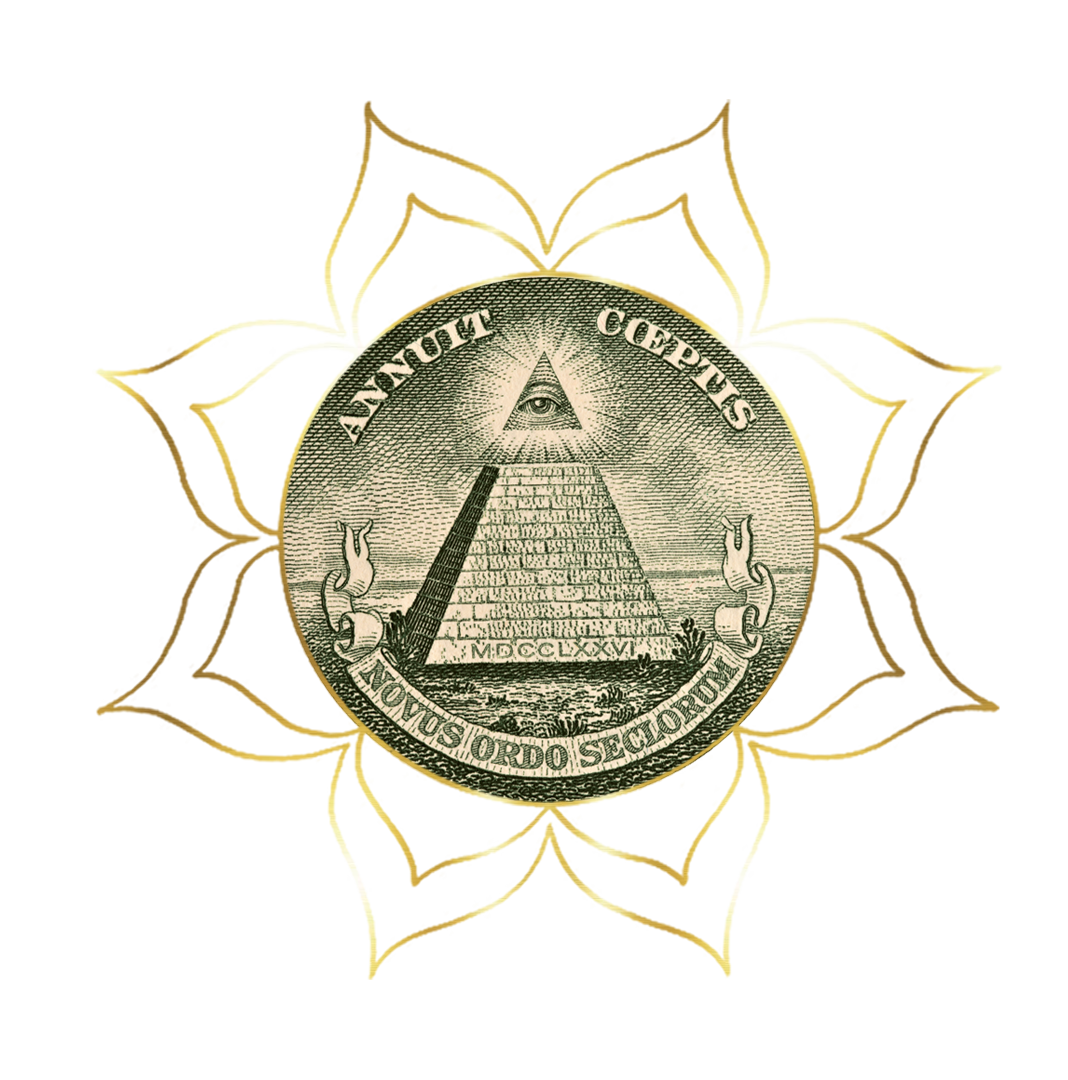 I’ve seen folks receive more money than they had to date, coming into their computer based business while attending these abundance & prosperity clearings & activations with me.

I’ve seen folks sell their home after having it be on the market for a year.

I’ve seen folks receive an instantaneous return on their investment when entering into one of my bigger programs (4 figures) that went towards paying off a 1/3 within that same afternoon of joining, after having had no business in their brick & mortar clothing boutique all morning, and the amount the new customer spent was well beyond the average any customer has ever spent there.

I’ve seen folks collapse their resistance and pushing away of money into receptivity, and then have this ripple out into all aspects of their lives, including their businesses & money flows.

You don’t have to have a business for this event, just in case you were wondering. That’s not its focus, necessarily.

Please lean IN and do an intuitive read:

This Is Well Beyond the Average Gig with “Clearing Money Blocks”

Can you perceive that HIGH, LIGHT feeling?

If not, no worries. You’ll still gain benefit from this event that wants you to say yes to it, so you can have an easier time now.

Anyone who has ever worked with me in one of my higher level programs knows this:

You’re in a relationship with money, and until you change your unconscious & subconscious, locked down, buried beliefs that you don’t even know you have – then no matter what you do, you’re going to be basically staying at the same level.

Why don’t you try something different, something that works?

And if you’ve already participated or are participating in any of the various programs & services Vibrational UPgrade™ offers – save for Masterminders, who get this as a gift – then come get your money vibrations updated & UPgraded with this supreme boost this special event is promising to be!

I’ll be going up into the collective field, to run group clearings, as well as being lead to specific info that has come through that will help to clear your own blocks that my “Hawk Eyes” (1 of my nicknames) show me. 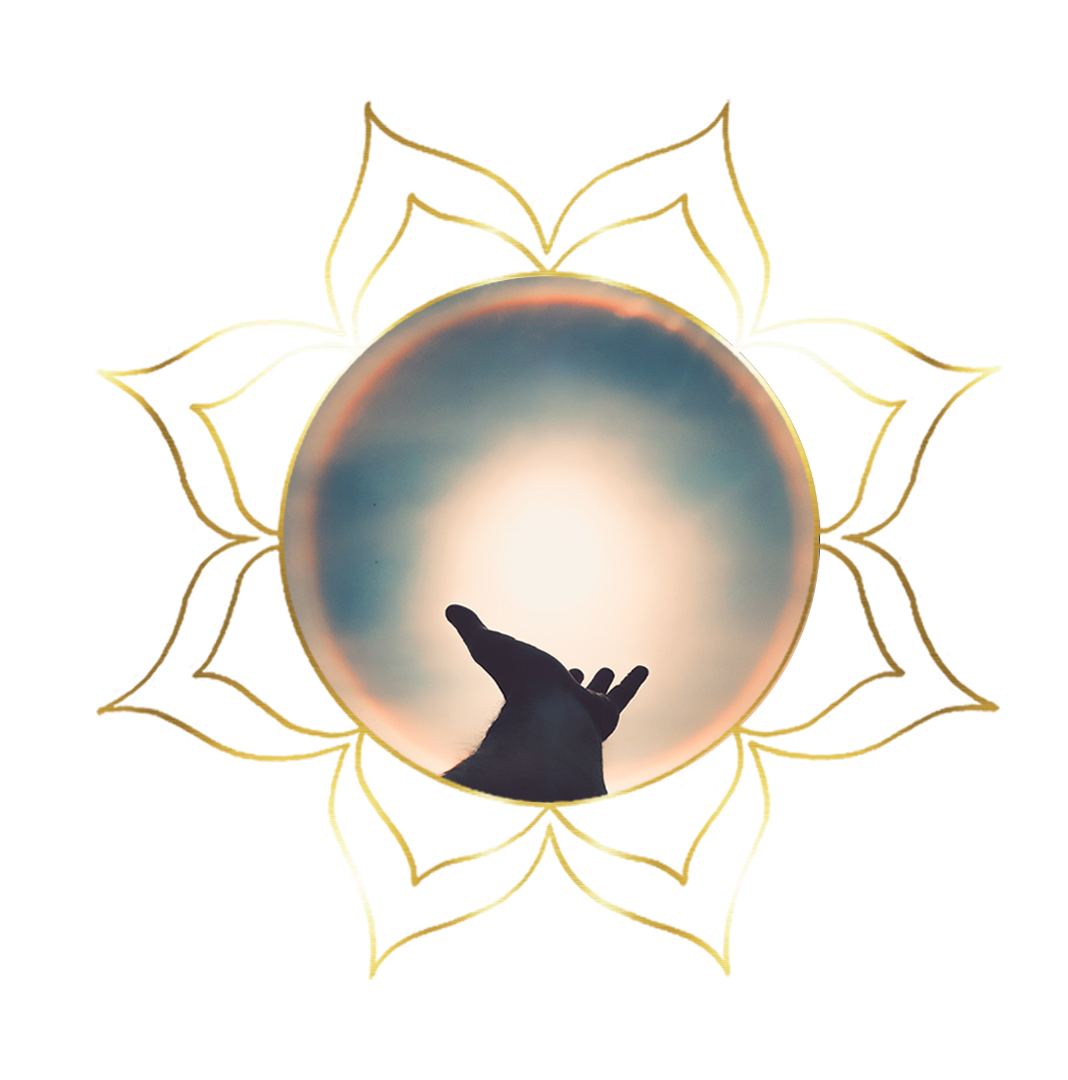 A WHOLE NEW WAY TO VIBRATIONAL ALIGN WITH MONEY

Here is a sneak peek into SOME of what is cleared in this Video, of which by the way, will begin CLEARING IN YOU the moment you Purchase:

Money is limited & thus hard to come by.

I have to work hard for my money.

I’m going to lose the money once I gain it, so why bother?

There’s not enough money for all.

I am not good enough to be taken care of.

I’m unworthy of having ease & peace.

I deserve punishing myself, and I do this through money.

I’m not the type of person who has more than enough money.

Anyone who has more than enough money has done dirty things to get it.

I don’t have a head for figures/math so I therefore can’t be good w/money.

It’s more spiritual to live as a minimalist.

I have more integrity the less money I have.

Money goes out as quickly as it comes in.

That’s only the beginning!

In fact, immediately upon signing up you’re engaging with a field of frequencies for prosperity, success, easeful abundance for all, that’ll be working on you until you listen, intensifying while you listen & watch, and then working on you afterwards – esp. as you play this daily to further support you.

So you’ll want to get that started asap, by clicking here now.

Keep in mind, this is especially very much a part of my mission:

Easeful Abundance for All!

“Dr. Alison J Kay helps escort in the new paradigm in her inimitable maverick style, as she has been a pioneer of doing, since 2010.”

This has consistently been a main part of what I have “perceived & received” about this new paradigm, that began in 2012.

The previous 7 years or so we’ve spent time clearing out the old paradigm. As of 2019 there has been a shift into the grounding of it. And 2020 is commanding the physicalization, increasingly, of this new paradigm; our new golden era. 2032 is the date! 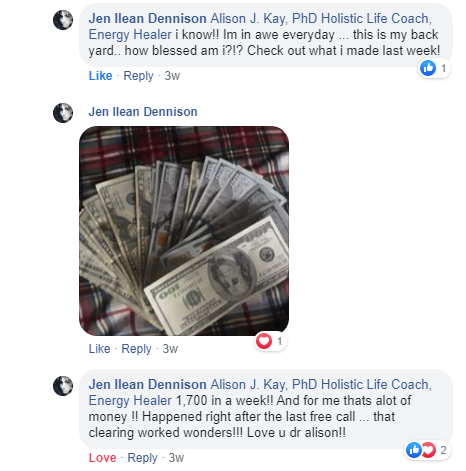 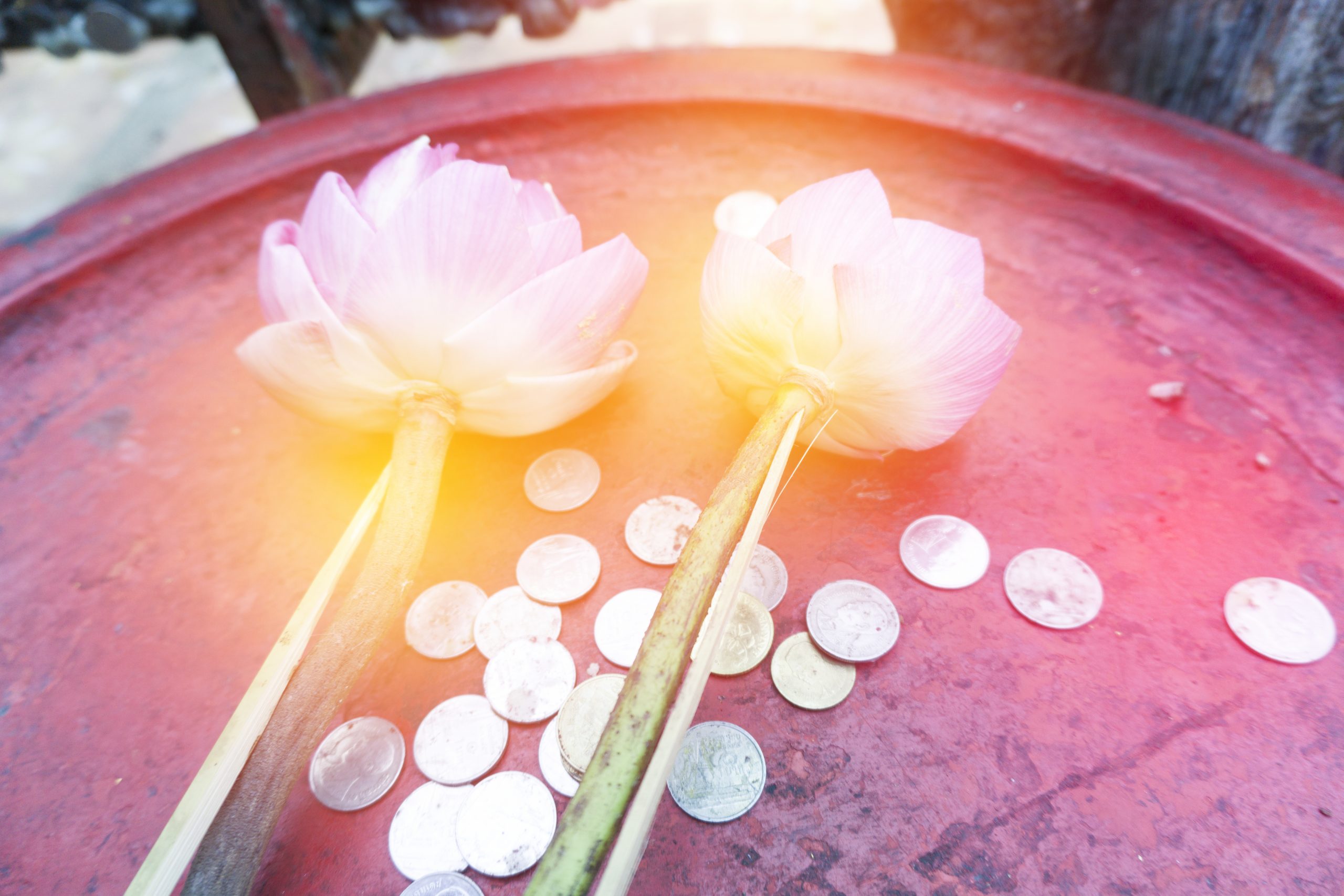 The new paradigm being birthed right now, Humanity’s Spiritual Awakening, is acting as a re-balancing where the spiritual and the mundane come together as one.

And where the ‘Sensitives’, ‘Healers’, ‘Empaths’ artists & visionaries, no longer hold the space for the heart’s aspects within society whilst being trampled by those more engaged in temporary egoic, materialistic motives.  The sacred & mundane are not to be separate any longer.

This workshop’s focus is not only on lack – but shifting your vibration and thus point of view/focus onto ABUNDANCE, AFFLUENCE, PROSPERITY AND MORE THAN ENOUGH!

This universe of ours is abundant, our mama earth is abundant – yet our human minds, when we get hooked into the collective, societal, mental creation without checking ourselves, have created a virus of worry around lack & that there isn’t enough money.

As well, I’ll run clearings & activations around the most typical money blocks that spiritual, healer and empathic folks tend to have, and the family of entangled unconscious storylines, conditioning, conclusions, beliefs and subconscious trauma that causes these typical blocks  – especially where male & female entrepreneurs limit their business’ growth.

I’ll also do some karma clearing around the feminine and money, to help shake loose more of the old paradigm as it crumbles, while also doing some potent activations for you so you’re more willing to choose success, and show up and be all of you, while Allowing yourself and your business to become all it’s actually wanting to and that you’re here to.

This is going to be HUGE, as I have been working with other spiritual leaders internationally over the past 10 years to remove the collective fear around not enough money.

Something that has emerged is that it has been made clear that money is in great part where our spiritual work is now.  It’s time to take back your power, sealing the leak of power you invoke when you unconsciously choose to direct fear and worry to your money flows.

The spiritual is re-balancing with the material.

Why not ride the wave rather than being overwhelmed by it?

MONEY IS ON YOUR SIDE

“Working with Alison initially allowed me to increase my monthly recurring income to $5000 which was an increase of about 75%! Let me tell you, the magic of this program shifts you at the core!

As I continued to work with her my income kept growing and in 2020 is now triple that initial jump! Woohoo!

Now my money can expand even further and I have no fear or doubt that anything can block my process, especially with the EPIC light and energy of Alison and her programs in my corner.”

“In just 4 months my business went from a wisp of a thought to booking 3 vendor events, booking my first paying clients, launching a website, being a speaker at one of the events, but more important – faith in my future growth.

I want to retire from corporate life in just 14 months and I know that it is totally attainable and will support me financially and grow my personal success.

Thank you, Dr. Alison. I can’t wait to discover what’s next.”