A Video to Plug You Into The Power of The Stone Circles With Sacred Invocations, Activations and Special Blessings
GET ACTIVATED TODAY

ALIGNING YOU WITH THE SACRED

As many of you know, I often spend time activating, training & certification my high level students in power spots around the world. Now you get to benefit from one of my stints in Glastonbury, England – the heart chakra of the planet, ripe with the myth & lore of Merlin the Dragon Master, King Arthur, the Holy Grail, the Goddess of the Lake and the Goddesses of Avalon, which has the Ley lines of Archangel Michael and Mother Mary meeting!

I gave a talk my first night there on the Rose Quartz Dragon of Kuan Yin: Balancing both the fire and gentleness of the feminine. I then went on to deliver 32 sacred activations to my Masterminders in the Goddess House there – the first house dedicated to the Goddess in Europe in a 1000 years! – to attune them to my Vibrational UPgrade™ energy medicine.

This was a profound experience. I delivered clearings and activations both in my talk to the Glastonbury Positive Living Group backed up to the Glastonbury Abbey ruins (where King Arthur and Queen Guinevere’s grave is said to be, and where Jesus’ uncle, Joseph of Aramanthea visited with the young Jesus while traveling along the spice route and where paganism meets the first of Christianity unlike anywhere else on our planet) and working with my Masterminders right at the Chalice Well well-head where the Holy Grail is thought to be, as well as clearings for the Tor.

But it didn’t stop there. I then went with one of my Masterminders – and friends and long-term VIP clients – to Ireland for 10 days. I did a lot of research ahead of time for the sacred sites there to visit, in order to be of Service to the land and humanity during these most auspicious Awakening Times, as well as to activate codes and keys within me to come back to the States with and empower others with.

And that’s what this Solstice online ceremony was all about!

I will take you digitally and energetically to two stone circles of great power. This 60 minute online, recorded ceremony includes:

Composed of 113 standing stones, the Grange Stone Circle is the largest and finest in Ireland. It was built c. 2,200 B.C. after the arrival of the Bronze Age People in Lough Gur. It is a ritual site akin to our churches of the present day and also served as an astronomical calendar. We can only speculate on the rituals which took place here but know that they were of great importance also to people from surrounding settlements.

The circle is aligned on the sunrise of the summer solstice. Included in the archaeological finds were thousands of sherds of Beaker pottery. The breaking of Beaker pots against the standing stones seems to have been part of a ceremony. The largest stone is called Rannach Crom Dubh and is over 40 tonnes in weight and was transported over a distance of 3 miles.

Based on what artifacts that were archeologically dug up here as well as the raised platform outside and behind the circle as a raised viewing platform, it seems that not only was this the biggest stone circle in Ireland used during such astrological events as the solstices and equinoxes, but it was also used for celebrations of the Abundant Harvest. So we will align with and use this stone circle’s frequencies to invoke Abundance and Harvesting of your Abundant outcomes for all you’re desiring and creating now. 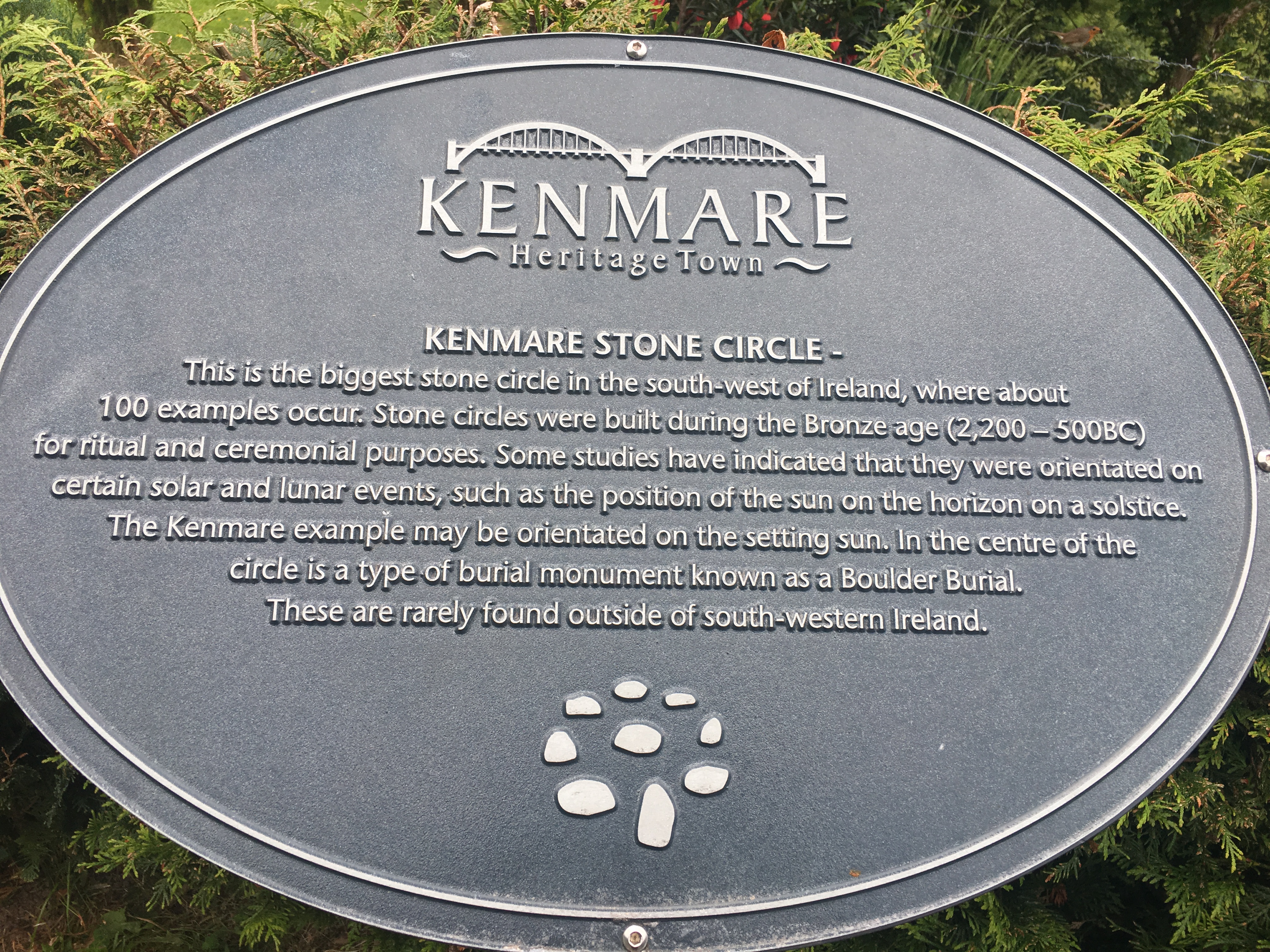 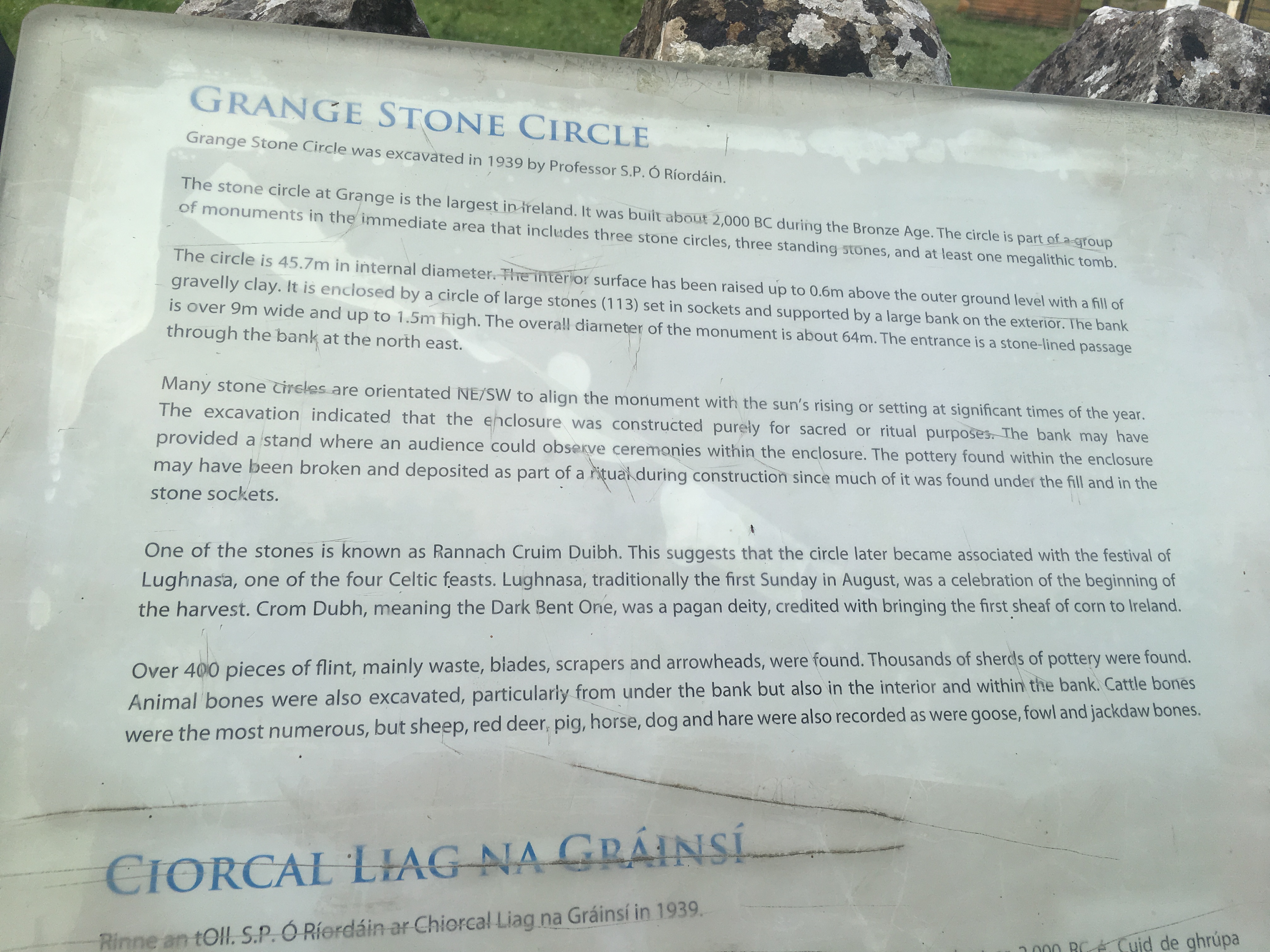 Get Plugged Into These Powerful Energetics
Only $97  $48