Did you know that what you are struggling with may not be what you think it is?

Self-esteem” is thrown around SO loosely, like when you yourself may say, “She, or he – or I have low self-esteem.”

First, I want to suggest to you that’s not even true. Your ego-mind’s nattering may present thoughts to you that reflect lower self-esteem.

And much of that is the nature of the ego-mind, as you come to Observe with a meditation & mindfulness practice.

And the more you learn about the metaphysical, multi-dimensional world, quantum physics and the mystical aspects of life, coupled with how energy flows – you also understand the detriment of giving one’s self this label.

I’m not speaking about avoiding where you feel less empowered at all.

However, I am speaking about – and constantly working with folks so that they can – move out of the old, instead of repeat it, and have new vibrations, energetics, and thus possibilities.

Second, part of the reason why I left the psychology field is that act of telling & retelling one’s story, I.e. in psychoanalysis, or any of the fields of “healing” & coaching, for that matter, as it seems to be showing up nowadays in the energy healing & spiritual marketplace.

This reinforces and locks more energy into this story, rather than having the life force free to flow and out to new creations. Simply, it locks the past further into place.

And then there ARE in fact, as I’ve seen through thousands of clients & students throughout the years, certain blocks at the unconscious and subconscious level, along with traumas, imprints, conditioning and karmic contracts and entanglements that impact, and frequently, close down the chakras involved with self-esteem.

But we’re not just talking about raising your self-esteem.

Because it’s SO much more than just confidence & believing in one’s self.

Instead we’re talking about something like golden power, that acts as a shield that naturally filters away from you, folks and situations that’d cause a leak of your energy in one of the core chakras involved with self-esteem.

This leads to what shows up as if platinum confidence and resilient self-esteem – think “balls of steel,” lol.

Self-esteem: look at that word. Holding yourself in esteem.

That isn’t just about self-worth nor confidence.

Holding yourself in esteem includes self-nurturance and self-care.

The Japanese have a term for it: Ma. 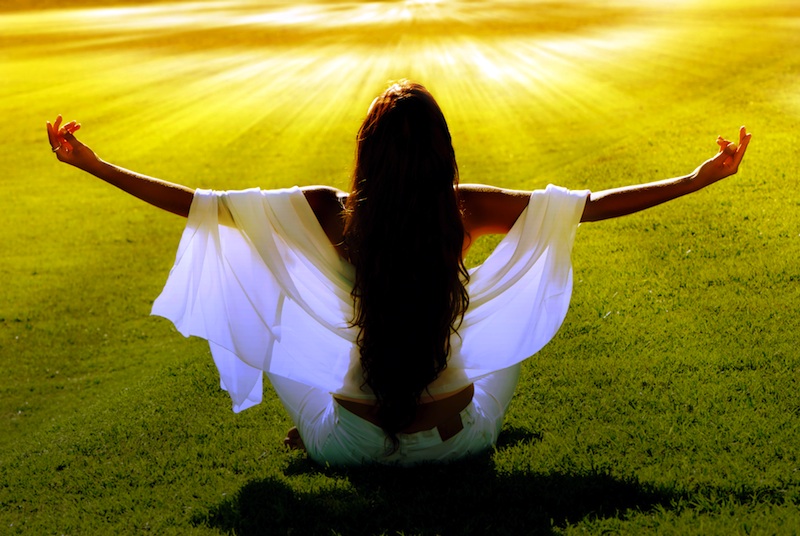 Furthermore, what I see people come to me with in the form of unconscious & subconscious blocks that they’ve been carrying around for this and typically previous lifetimes – is not so directly about self-esteem.

Instead, it’s more in the root chakra, in the root of life. Your right to be here being embodied and emanated out.

Once cleared in my students and clients, I see the ceasing of that driving, nattering pounding behind the scenes – that back of the mind whirring noise of non-stillness (hence, unconscious or subconscious) – of energy & force that pushes you to prove yourself. All the time. No matter what.

That includes proving yourself with how productive you are.

Yes. That driving force to be constantly productive is NOT a good thing.

From having pulled out of the American system for a straight decade, with shorter stints of months at a time ever since a senior in high school and in great part due to my not being in agreement with struggle, having immersed myself not only in the traditional Chinese culture for a decade, and then India, and Istanbul & other international locations – I’ve seen what else is possible for increasing ease & grace. While decreasing a nearly uniquely Western gig of adrenal burnout – especially in the States.

So it’s perfectly timed; my return to the States as the new paradigm of our Awakening times was just starting, where SO much else is becoming possible – increasingly.

This is where I come from as I clear & activate, mentor, coach & guide my peeps looking for what else is possible within their businesses, bodies, relationships with Self & then others, their money flows, their beauty, their feeling safe to be here so they CAN choose & Allow themselves to go for more.

So for me, it’s always been not just about Humanity’s Awakening Times – it’s also about bringing in the greatest possibilities.

For I’ve never been in agreement with the standardized struggle through perceived obligations paradigm.

And I fought hard as a teen not to be tracked in that direction.

What we are talking about is transmuting that unconscious driving force to be productive into actual, empowered creativity, where you’re SO alive, Aligned and on fire and impassioned about what you’re creating that you’re riding the waves of all this freed up life force!

I frequently say, “I am attempting to keep up with myself because SO much wants to get created!”

This pattern of proving one’s self also typically is entwined with working more than others may around you to prove that you have the right to be here.

In fact, in my first book, written in my 10th year in Asia, I even asserted that the United States has a uniquely interesting positioning with proving one’s worth in their productivity, as we strove to become a self-sufficient colony, rather than rely on the crown or continent for goods.

This included the loom being invented over here in North America, modeled after what local Natives had been doing, but to take the American colonies out of dependency as a colony.

And this productivity and proving one’s self has stayed in our blood – and has been passed down via the lineages.

When in balance and you’re positioned to take advantage of it, this trait rocks! I’m grateful for it! Typically, though, it’s not in balance.

It’s in a state that catalyzes for what I’ve seen as at least 85% of Americans, some level of adrenal fatigue, if not flat out adrenal burn out.

So there’s 3 additional layers of what you’ve been labeling as “self-worth” or “confidence” or “self-esteem” – is not that.

To have these out of balance aspects cleared & more I am offering to you a special opportunity within the Timely Transmutation Series Zoom download.

In this Aligned video, I will be transmitting,
clearing or activating on your behalf:
Now it’s your turn!

What is keeping you from thriving at your highest level?

Would you like to find out, and receive the proper clearings and activations that dissolve the blocks once and for all AND activate the alignment within yourself that you have been yearning for?

Join me and my progressive vibrational system through the Vibrational UPgrade for this special live event!

This live event will be the catalyst to activate within you what you know you’re here to be and live that life you smell, sense, know is available to you?This is a LIVE zoom event and only presented once in this way, where I am there tuning directly into your being and what it wants to be freed from…

Don’t miss this opportunity to ALIGN & THRIVE! I hear your thriving requests call out to me through the Vibrational UPgrade™ container so this is your chance.